05 OctTales of a Recovering Helicopter Mom: When Good Intentions Lead to Poor Outcomes

A “Helicopter Parent” is defined as a parent who pays extremely close attention to their child’s experiences and problems, particularly at educational institutions and extracuricular activities. Helicopter parents are so named because like helicopters, they “hover overhead”, overseeing every aspect of their child’s life constantly. Many say that Helicopter parenting is ruining the next generation, with their argument being that it will hinder a child’s ability to become independent and be held accountable for their actions. When parents are constantly solving problems for their kids, their children may not develop the confidence and competence to solve their own problems.

This post contains affiliate links which means that I may earn a small commission if you choose to purchase a product through the link provided.

The possible outcomes of “Helicopter Parenting”

Signs that you may be a “Helicopter Parent”

I’m guilty of 7/10. I’m a helicopter mom, through and through. I have come to the conclusion that my anxious personality plays a huge part in this. It may also be due to the fact that I am a perfectionist and can’t stand the thought of the most precious little humans in my life, failing. Because I know what it feels like to fail. It sucks. It hurts. It’s flat out discouraging. And a mama is supposed to protect their young, right? It wasn’t until recently that I really started paying attention to the fine details and questioned if my overbearing parenting style was doing more harm than good.

My eight year old son decided he wanted to try football this year. We signed him up, got his pads, and spent more than I care to mention, on his gear. Since the beginning of the season, we haven’t missed a single practice. I watch him closely as the team lines up for a play. He starts to run, then loses momentum as he twiddles his thumbs out of nervousness and uncertainty. The coaches gave him three chances to prove himself as a running back. Three. And every time the play was in motion, he acted unsure of himself and got plowed into the ground. In the meantime, I’m starting to get pretty worked up, as they decided on the first line of offense, and my son wasn’t in it.

I turn to my husband, “Why aren’t they telling him what to do? They need to be specific! He is probably so embarrassed and disappointed right now”. I say this as I watch them pull my baby from the scrimmage.

I’m boiling on the inside. In that moment, I wanted to run out there and scoop him up and make everything better. I was heartbroken for my son, because I know he is disappointed that he wasn’t chosen. After practice, we load everything up into the car and start to head home. I calmly ask bubby how practice went. He burst into tears.

“I’m the weakest one out there and the worst player on the team! I hate football practice!”

It took everything in me not to cry. My baby was hurting. I’m his mama, I’m supposed to protect him. That night, after we tucked him into bed, my husband and I talked it out, and he completely changed the way I was approaching the situation.

“That’s just the way these things work, babe. He has to work hard and earn it, otherwise, he won’t get a spot on the first line. This situation kind of goes with the whole ‘everybody gets a trophy thing’. This is a huge learning experience for him. It’s a chance for him to learn that he needs to work hard for the things that he wants. It will teach him that if he doesn’t try his best when the time comes, he may not get to do what he wants. This will make him a better person in the long run…even if it feels like he is getting the short end of the stick, at the moment. Kids needs this. Kids need to know that nothing in life is handed to them and you can’t take things for granted. As much as I would love to see him play out there, I also want him to grow from this. I want him to know what it feels like to not get what he wants because ultimately, he slacked. It will make him a stronger person, with good work ethic and a better sense of how things work in the real world”.

His words hit me like a ton of bricks and guilt began to consume me whole. Am I the reason my son doubts himself and lacks confidence? Has my “hovering” ultimately caused him to depend solely on me, and not himself? For the past 8 years, I was under the impression that as his parent, I was to protect him fully, solve his problems, and be the one person he can depend on. But my husband put it into perspective for me…my “hovering” has been doing more harm than good. How will my son ever learn to solve his own problems if I am constantly solving them for him? How will he learn to work hard for something that he wants, if I am intervening and allowing things to fall into his lap? 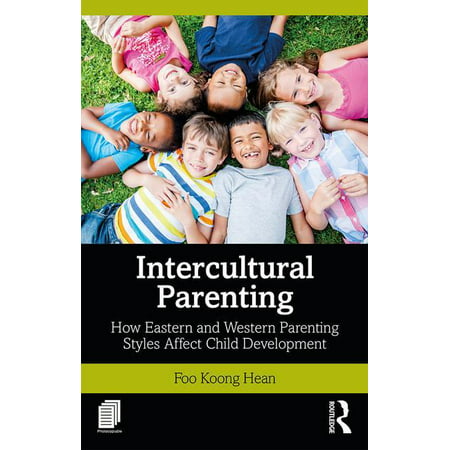 Intercultural Parenting explores the relationship between family, culture and parenting by reviewing established and evolving Western and Eastern parenting styles and their impact on children’s development.

From that day forward, I decided to continuously work on not being what they call, a “helicopter mom”. I will stop hovering so that my son has the chance to grow, mentally, emotionally, and physically. There are many bad, ugly things in this world, and I wish more than anything that I could protect him from all of it, but it is inevitable. My son WILL get the short end of the stick at times. My son may not be the first one chosen. He might be rejected and tossed to the side. And that’s okay. Because in the long run, he will become a confident, self-sustaining adult, who knows that the world doesn’t owe him a single thing…and if he wants it, he must earn it.